He exists. On the red & blue mats under the lights

of a city he leaps a fluorescent arc, teeth grinding

in hurt pride even when he knows we love him.

My little friend, the daughter of his swindling employer swears

he is no more than nineteen. I try not to think of it at times of cruelty,

when his eyes and his hands and his financial reality go abusive.

Four thousand a month in Shenzhen amounts to

nothing, means survival within seams, necessitates

tact and thick skin. At nineteen his years

cling to him like the baby-fat on his cheeks, squat,

possessive, undiminished by sun or hunger or poverty.

Survival instincts. Has he any? When I see him he exists—

by a condensation of time and space and dignity. He shrugs,

shoulders lean and heavy and waist bleached by a year of

air-conditioning. Sunday siestas I dream about him. In his apartment

of efficiency, our existences shattered into many pieces

for convenient storage. Our chests rise and fall in sync until

he stops breathing. Could he exist? He is more orthodox

than my father but he swears in his spare time also.

He leaps an arc as beautiful as any narrative.

He props his legs against my leg, when I fall

they bounce me back up without mercy. On the red

& blue mats of the city choking with laughter

& disgrace he refuses to look at me.

When I touch him he starts shrinking.

This is what i think about

palpitating under 2 am peace and steady cement:

Between the newspaper office

and home by a ceremonial mountain

is a place called summer; our skin liquifies

every time we trespass in floral ties and birth certificates

umbrella-blessed against harsh winds or sunshine.

we have a way of protecting ourselves,

dematerializing the way stars do against nights of neon and insomnia

severed, misplaced, lost to the winds of an oceanic summer—

and we, glassy-eyed and lovestruck

with sick humor and ceremony, lose our sleep

by the hooks of our noses. 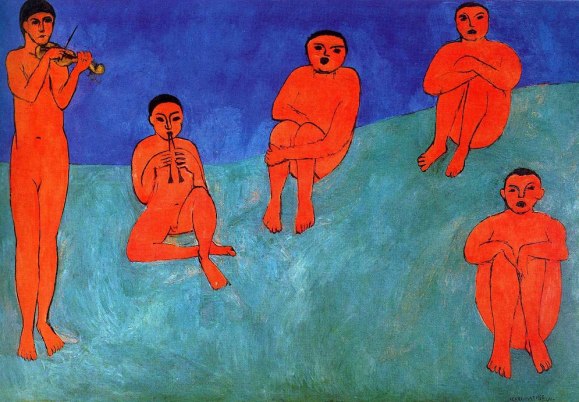 That girl, I said you here, you look like my cousin. I said this as I drew her down on a piece of scrap she ripped out of a drawing book. She had a mole slanted down her nose and her upper lip was full, and when she smiled it didn’t curl but there you could see the incomplete set of teeth underneath. Some flipped and some lost, and beneath a full under lip the ends reaching all the way to her dimples. She barely had dimples anyway. The sides of the cheeks were smeared red by dryness, and above the eyes shimmered a bit like dark peas. Her eyelashes were not long but the brows tilted an arc softly not blackly a light express colour. You could just look at her and wonder how come her hair is held in a ponytail and a yellow hoop and the hair still flies around the forehead blocking the eyes and an arc of a brow. Then there were her ears, sticking out like I propped them this way. I just lined these onto the paper, and she smiled, and the dry smeared cheeks bobbed but the chin was still skinny and round, and then she remembered her teeth and stopped. When she stopped her shoulders looked small, and her neck looked too thin for her feet. When I went away she cried so I hugged her. And I and her shoulders were too small I had to fold my arms two folds around to get back to myself, and it got all twisted so they just lifted me up away with my arms left tangled. Then I went away to eat. When I finished eating she was there again with the boy with a bicycle who never listened who caught the first pair of red eyes today. That boy had long hair sticking like her ears like his ears too and his eyes were big glittery, with long eyelashes. He had a thin chin and his lips were kind of thin too growing inward I think so he looked like a monkey. The other kids were there. One other was a handsome one I liked, with a tuft of ragged hair draped halfway over his forehead and some freckles at the nose. With a bicycle, too. Now it got me all confused, and they said alright we take you way to fish crayfish.

We went to the pond. They dove into the grass and came back with palms clamped. The frogs tried to scare me and they tried to scare me, and they hit the frogs at the road and wrapped strings around their dead waists. Then wrapped strings around sticks, and put sticks down the pond. Then their palms were clamped again and the crayfish tried to scare me. So I took the train and left. When I left they came to see me but I was thinking already of the far off. I missed them before I left them, but when I left them I forgot about them. I thought of the frogs and mud and water mixed with rain with cow excrement in the middle of little occasional motors tanned eyes at the steps, me walking them swearing step by steps down and down and up. To where no flags flew and construction never ended. I yelled at the top of my voice but they didn’t hear. So I got sick and took the train home.

I tried sleeping but they kept dancing at my eyelids. My eyelashes drooped. I could see them at the tips bicycling on top of mud frogs jumping into grassy steps flowers. The flowers were yellow or white, thank god, and the music kept cutting at the wifi there is no  where the ponds flashed there were crayfish waiting to be frogged did you see did you see. I promised myself to write but the ponds were too loud, they kept crushing in. I said, leave me here with the peace where there is no peace there is only noise but company. I dreaded loneliness and craved to be alone, they said, here, in our palms there are  did it hurt the coming no it was the giving. If you could fight for a pen fight for a girl too, fight for her, she looked like   he was on his face he was all over his hands groping fisted for a pen he didn’t even like but oh he caught the first pair of red eyes   my cousin. The other girl I could never remember her name, something like a mosquito, with her hair flying black shooting like the radiance of sun. Her eyes a tilted seam smiling, like her lips curving up and down like slopes we encountered on the gradients of grass where frogs lurked for leaping, complete under teeth unpolished like her nails. Her cheeks and chin sharply round dark dry with rain not redness like a raisin. When she smiled the cheeks didn’t bob they lifted with chin left sticking round and sharp, just like hers. Only her ears didn’t stick and the hoop was too less of a hoop for a hoop. And she didn’t get slapped for trying to stop him when he tried to beat up that boy with a straight nose and slant eyes who tried to hit tease  he didn’t stop, he went raging, he swept down the chairs and the boy who looked like a kind bear, and he hit not for teasing. And his nose watered he caught the red eyes water or rain fringing the tips of brows with arms propped tangled, I said okay okay? he said no. No no no no no   lips clamped fists tight out he apologized no no no no   he caught the first pair of  no no he I refuse. He refused. The ring belled they flooded. The next day he was laughing off his chair and lost his heart of a pen.

The mirror reflects water molecules of air strangles me, I reach up and my fingertips don’t brush the glass, not penetrating the coldness seeps I can smell  through me fingertips the laughter, noise, the never complete black never alone but always lonely, the loud light and sleep can’t not allowed to sink. And time becomes what slips through the gaps between two sides of the mirror that face to face me. I am reminded of when I had no image of myself was more beautiful than I have ever been in not their eyes but my eyes, caught only damn the cameras. I did this for me, not you, you needn’t cry, but girl, damn you you look like my sister. Now get on your bicycle I’m returning to where I came from where the steel sprouts tall towers me buried not like me here towering above you looking down hugging you I don’t look there the tops too high to catch. The steel buries even the sun so it rises up late and eats at it early, so there is no lasting light as there is no complete dark.