I kept thinking of what I would’ve said

the day I almost told him. I saw from the way his eyes

transmuted that my brother was not one

to tolerate irregularities, nor to understand how running away

from my body was more beautiful than his acts

of blasphemy. And in the end I could only tell him this,

the way light came at me in sine waves 3am this

April morning. I felt sorry for my brother, who said

sleeplessness was destructive, an act

into black holes that suck away

ceilings. My brother was the only one

that cared about our well-being; one

evening gazing at the chandelier he told me this

scheme of forgetting, of doing away

with my disease that bothered him more than he said

it did. My brother, prone to forgetting, did not realize my eyes

the part of a disguiser. The way our lives were divided reminded me of acts

in an absurdist play, cyclical, inconsequential like the one

turned geometric with rage feeling this

colorful earth vibrate and diffuse into our bodies. I said

to myself it was time to step away

from my brother. It was unethical to take away

his identity whenever I wanted to, acting

as if he had another to live in like he said

he did. Perhaps one day my mind will touch my body, my skin one

with the universe we curated. Staring down the ceiling this

the color of defeat too one-dimensional to look away

from, I tore my belly open knowing this

is where I belong. It is not a personal choice to be born into acting.

thing only. I filled my bellybutton with my tongue saying

there are vertical asymptotes in my thinking, this

matter has to be approached three-dimensionally. My brother said

it was a matter of time. His index finger tells him I will be one. 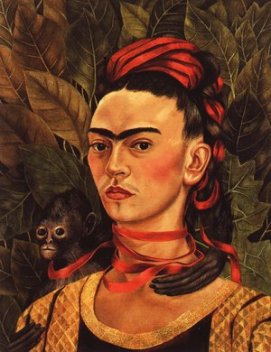 s cottonwood. He stands on his favorite toe, eyes ground-touching yearning the sky. My brother is a boy. I say, “give it up, you don’t deserve it.” “Go away, woman.” he says. The day I cropped my hair short he tried to take it from me. That’s how he knew. Everyday I cut off a longer inch until there is no longer. Mother and Father have no idea. My body is fluid, my mind an octopus soaked in irreversible paroxysms of hope. One day. I speak with my tongue as her eyes suck me in, her eyes the eyes of my Mother but elaborate as the eyes of a liar. She doesn’t know yet what’s underneath. One day. I heard my brother scream one day. He is not yet ten but he sees it better than anyone. “Stop it.” he says. I wish. It is a birthmark a curse from the next life a silent burn below your skin. You cannot stop because it is the way it is. I cropped my hair short. Her smile is full of teeth and a certain brand of understanding. “You don’t understand.” Her heart is your heart is the iron lining of my dreams. Brows thick and one like raven’s wings. I give up.